More than a century of history 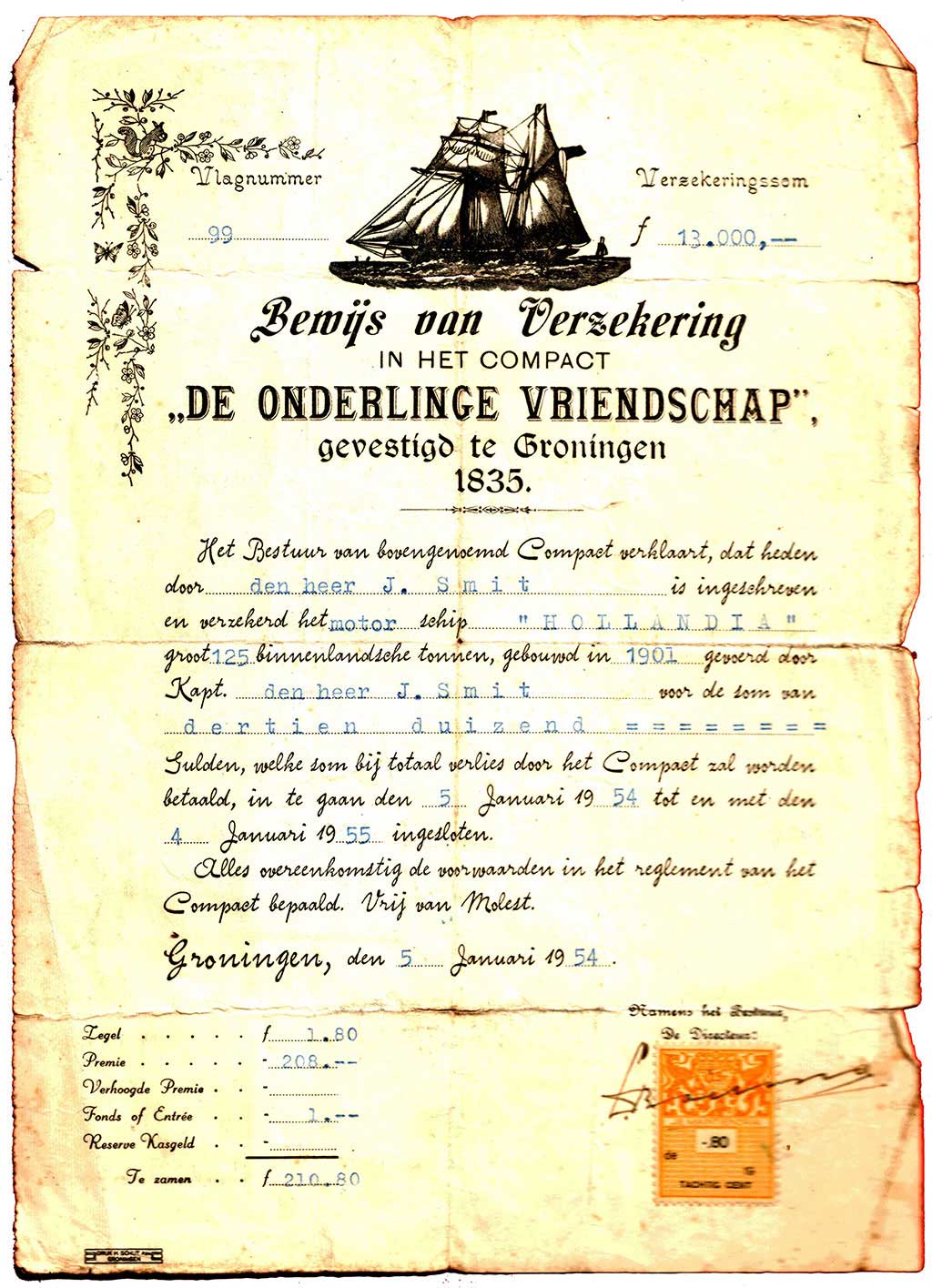 The Hollandia was built in 1901 at the Mulder shipyard in Vierverlaten by order of the Groenhof family. Jelle Groenhof came from Heidenskip, had a postal address in Stavoren, and also sailed with the Hollandia from Stavoren. They carried all kinds of cargo within the Netherlands, including potatoes and wood. Jelle also sailed in the Baltic Sea, North of France, Belgium...

There is a beautiful story that is still told about this pioneer:

Transport by sea was possible only in bad weather when Jelle ventured to do it. Therefore, the weather was measured with him: if Jelle stayed in the harbor, there was really bad weather and nobody else left the harbor. One day Jelle rushed back into the harbor of Enkhuizen; other captains immediately followed, because if Jelle left the water, something bad could happen. Actually something was happening, but it was not bad: his wife was giving birth to their daughter Martje Roosendaal Groenhof.

Going back a bit in history, after five or six years without his wife being on board, in 1938 Jelle sold the ship to Jan Smit, who took over the Hollandia until 1973.

Jan Smit initially also sailed carrying cargo with the Hollandia, until this type of sailing trade ceased to be profitable. It was then that he turned the ship into a motor ship; the ship was now powered by a 30 hp Kromhout (this engine is found today in the Groningen shipping museum). Years later, Jan Smit became a bunker captain in Enkhuizen. During this period he built a small boat in the Hollandia's hold and when it was over, he moved with the Hollandia to Zwolle, where he lived on board for a long time.

In 1973 Jan Smit sold the Hollandia to Max Fabery, who again converted the Hollandia into a sailing ship, specifically a traditional sailing charter. Since then, the Hollandia has always remained on this journey, forever forming part of the lives of its different owners:

If you have any questions or suggestions, please use the following contact form. You can also use it for reservation or availability checking, just write down in the message field the days you would like to sail with us.